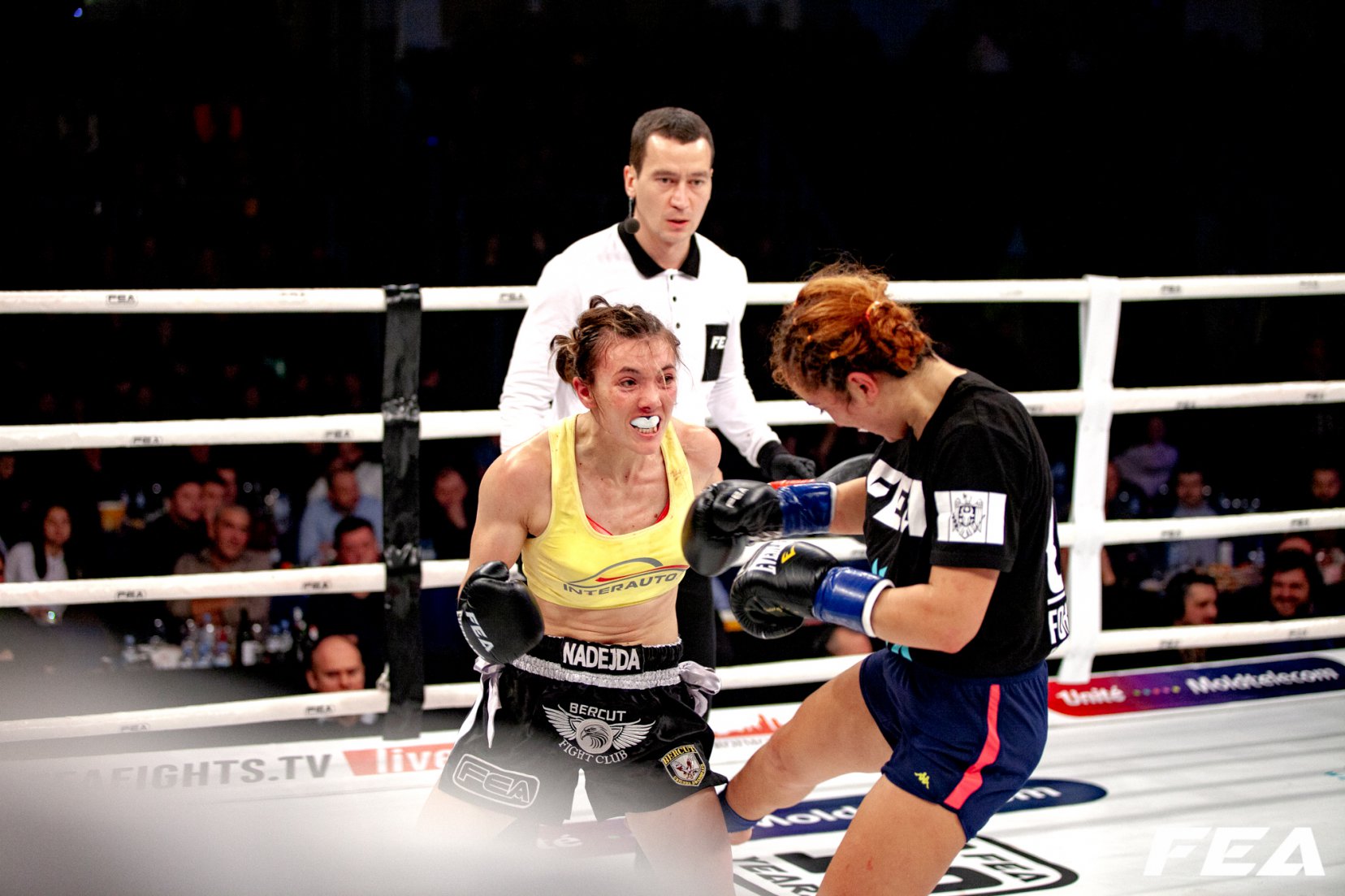 Short autobiography?
I was born and raised in the village called Hirtopul Mic, Criuleni district. I have 3 sisters.

What’s your marital status?
I’m not married. I’m in relationship, a recent one, but I hope everything will turn out fine. I don’t really like talking about my personal life.

Tell me about your first steps in kickboxing.
It started in high school. I was very actively involved in sports, I was one of the top athletes in my school, and in my district overall. I participated at different competitions like gymnastics, basketball, volleyball. But this still wasn’t enough for me. So, one day a kickboxing coach, Andrei Basoc, came to our school to announce that there’s a kickboxing class soon to be opened. Therefore, I decided to give it a try.  During the first training I was overwhelmed, there were over 100 people. Afterwards, at home, I understood that I want to practice this kind of sport. My parents weren’t on board with it at first, since it was winter and was really small, 45 kg, and it was rather dangerous to go places under those circumstances, so I kept going in secret. The training itself was hard, from those original 100 people only I and other 6 remained in the group. In spring, all the others had to work in the field, so I was the only remaining one. My first competition was an amateur one, I had 4 fights that day, won all of them, but all of my opponents were heavier than me, because there weren’t many 45 kg fighters those days. I came in first place.
Afterwards my coach had to go abroad so he transferred me to another coach, Zugrav Grigore, in Chisinau. The gym was attended only by male fighters, they were all from the city, didn’t really talked to me, ignored me, made jokes on my expense at first. But after the first month we all became friends. I was trained by Zugrav Grgore for 7 years, we participated to many competitions, within our country and abroad, I spent over 70 amateur fights.

Tell me about your professional kickboxing career. Which of your professional fights was the toughest?
They were all tough. But the fight I worked the hardest for, for which I was the most concerned, was the one against the Turkish fighter, Funda Alkayis. Because she was a very well-established fighter, known internationally, with a great technique. I didn’t even think that I’d have the chance to fight against her. I had a back injury before the match and the doctors advised me not to go through with it. Even my coach, Andrei Grosu, and other coaches from abroad told me not to do it, because they already saw her as the winner. But this didn’t stop me, I was focused to go in and win it. I liked the fact that at the weigh in she was exactly my weight, 48 kg. I thought to myself, she doesn’t have 3 legs or 3 arms, and in that moment, I decided that I was going to win.

It is actually possible that we’re going to see Funda again in our project, since the FEA Kickboxing belt is currently vacant. So, this leads to the next question. Are you planning to return in professional kickboxing?
We’ve discussed this with my coach, Andrei Grosu. The issue is that this year I’m focusing on my university studies, since I’m on a scholarship. As soon as this academic year is over, I’ll be back in the gym. Thus, we’re going to have to come back to this question at a later time.

Since you’re now a coach as well, how do you see the role of a teacher, a trainer, in the lives of kids, especially in the current situation, when many parents are abroad?
In my gym, many kids’ parents are in foreign countries. I’m friends with them, we are able to talk about whatever issue comes up. I try to be an important figure in their lives, to support them as much as I can. I actually go to school at teacher-parent conferences in place of some parents, I go to the doctors with some kids.  I’m there for them as a friend.
How did you accomplish the opening of the gym in your hometown, a gym you run and where you coach as well?
Of course, it was difficult, it was my idea but I didn’t do it by myself. I had a meeting with the parents, where we decided to raise the money and renovate this gym. We also got help from the mayor, some friends from abroad also supported us, other kickboxing coaches, as well as yourself. It was hard initially, because I left the village a long time ago and didn’t have many acquaintances locally, I had to build my network from the ground. I didn’t know what to buy, how to go about it, I permanently talked to Andrei Grosu the details. Many parents work in construction, so they knew what to do, what needed repairs. It was difficult to convince the school principal that I had serious intensions on renovating that part of the building, that I won’t bail when things get harder. But in the end, she came around. Many people donated their time and money, so I was there every day, working, helping around and posting pictures, going LIVE so they could see the progress and that their donations didn’t go to waste.

What do you think about people going from sports into politics?
I got some offers in that sense. I tried something but I didn’t like it, it’s not for me. But if someone’s into it, then why not. The most important thing is to do it for the greater good of our society.
It came to my knowledge that you’re a collector. Tell me about it.
I started collecting things since I was a child. My first collection consisted of clothes’ tags. There were over 1000. This was until 6th grade. Now I’m collecting sport footwear, I have over 50 pairs. Recently a home here burned down, and they were left with nothing, so I donated some of my shoes to the kids. Otherwise I don’t use them, I even have my first pair of running shoes. They aren’t expensive or something, all of them were worn only by myself. Recently I started volunteering, so now I’m collecting volunteer certificates, at this point I have over 15.

In conclusion, tell me about your future plans? You already told me about university and your plans to return in professional sports.
I can’t talk about marriage yet, about kids either because I want to continue my career as a fighter. I want to involve myself in more serious volunteering programs. On the 1st of June, on Children’s Day, we’re going to organize a competition for the kids in my gym. I really want to visit Spain; I like this country a lot and I even started to learn the language. We’ll see.