September the 17th, within FEA CHAMPIONSHIP LOADING, we’ll see the MMA bout in the up to 66 kg division,Artiom Orlovschi against Virab Manukyan. 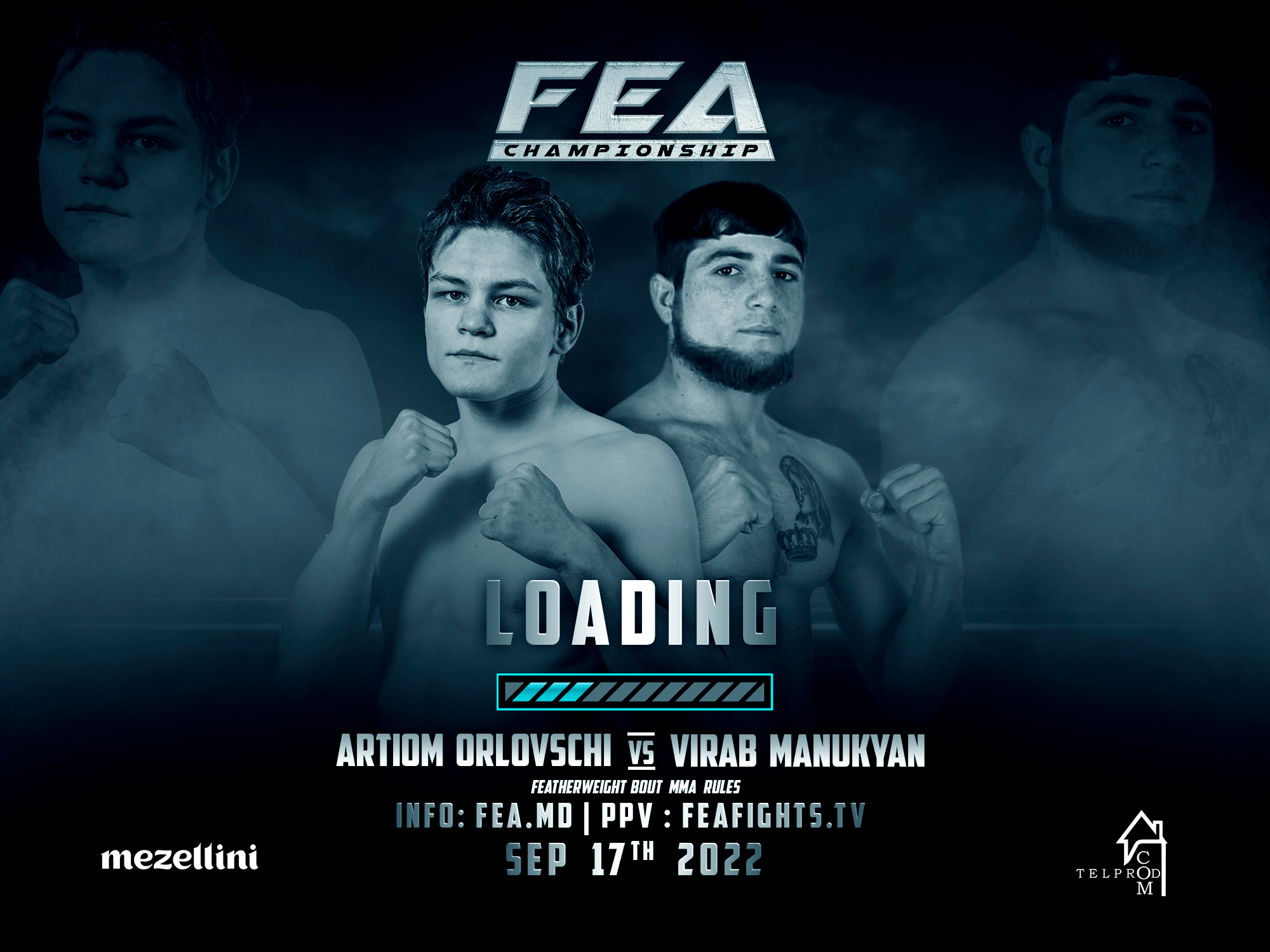 September the 17th, within FEA CHAMPIONSHIP LOADING, we’ll see the MMA bout in the up to 66 kg division, between the representatives of Republic of Moldova and Armenia. Artiom Orlovschi against Virab Manukyan.

Artiom Orlovschi is currently training under the guidance of Eugeniu Petrachi at AMATIKA club. Thus, the mat is his element. He previously fought in the EAGLES FC cage, on March 13th, 2021, having spent 1 a fight in which he lost. But what is remarkable, from June to August 2021, he had another 3 pro fights, which he won. He is young, ambitious and quite determined.

Virab Manukyan is an experienced fighter from Armenia, his record consists of 4 fights, 3 wins and 1 loss. This year he fought 2 times professionally, at a short interval. One time in March and the second in April, and won both ahead of time. He prefers to fight standing up.

Don’t miss it! September 17th, only at feafights.tv!