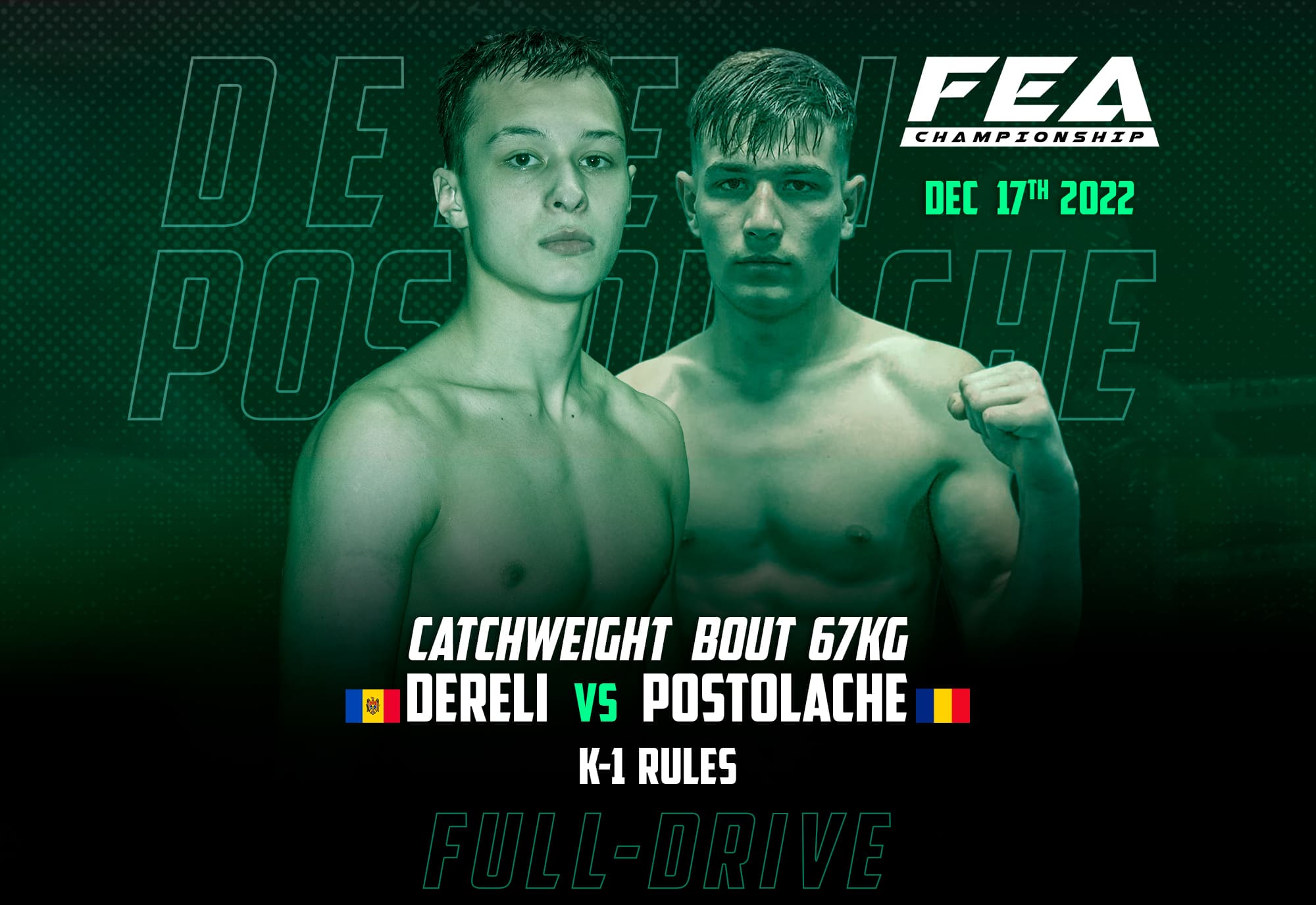 Maxim Dereli, a trainee of the capital’s LION FIGHT ACADEMY club, trains under the guidance of Vitalie Zacrevschi, practices K-1 and Muay Thai. Dereli boasts a good amateur background, obtained during WAK-1F tournaments and championships, he is the many-times champion of the Republic of Moldova and Europe. In semi-pro tournaments spent 4 victorious fights. This fight will be his professional K-1debut.
Gabriel Postolache is a member of Hurduc Team club from Romania, city of Barlad. Postolache trains under the guidance of Danut Hurduc and practices K-1. As a professional, he had 5 fights, of which 3 wins and 2 losses.