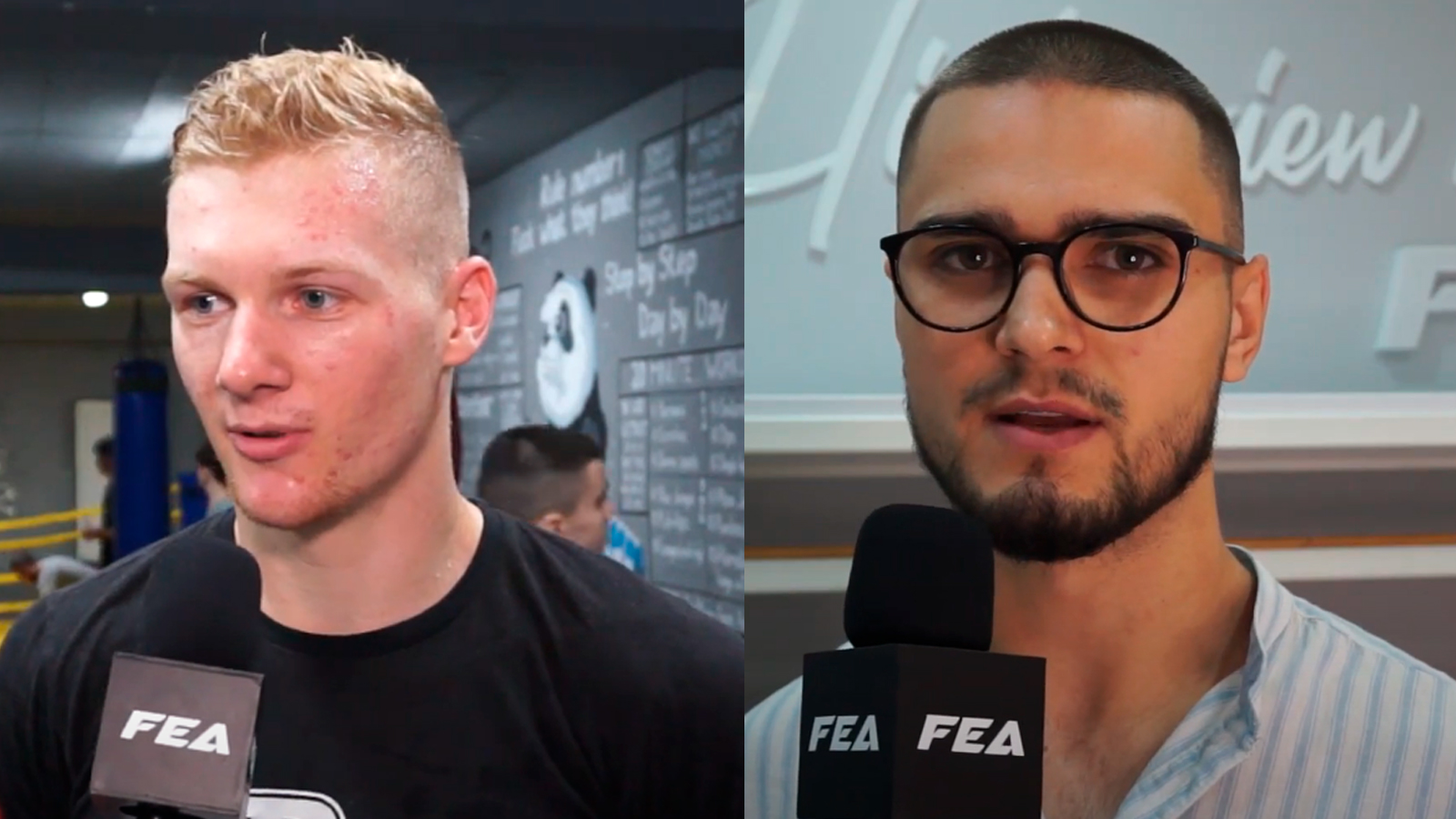 Cătălin Anton: – “We have to hit, and we know how and where to hit. Denis I’m waiting for you in the ring, be ready!”

Denis Cvasnițchii: – “That doesn’t scare me. My defense is good, both in the head, legs and body. It will be a very big surprise for him. This fight was supposed to happen 2 years ago. I wasn’t that experienced then, but every year I gain experience and this fight will be much stronger than it could’ve been. I’ve never fought him, I won’t overrate him, but I will fight him to the max.
My goal is a trauma-free fight and a quick win. September 17th, LIVE, feafights.tv! ”

Cătălin Anton: – “We’re waiting for the 17th, and then, we’ll see in the ring. At the moment we’re friends, but when we enter the ring, we show what we can do. We’re preparing to show something beautiful, but we make our plan on the spot. On September 17th we’re waiting for you at feafights.tv!”

Vladislav Belinschi: – “Anton Cătălin, the 86-kilogram category, will show a good fight, because he has an indestructible character”.

Oleg Bespalcenco – “Well, the preparation has not yet been fully completed, one of the stages is still going on. At the moment it’s good, I’m happy as a coach. How ready he is, may it remain a secret. Being subjective, I definitely want him to win. I think he thinks so too. We work every day, we prepare, we analyze. We build a training plan; we want to win. I think the victory will be ours. As a rule, it’s not professional to run after a knockout. We will do what we prepare. Again, it’s a cliché, but the ring will show. On September 17th, join in, buy the livestream on feafights.tv, support B-1”.