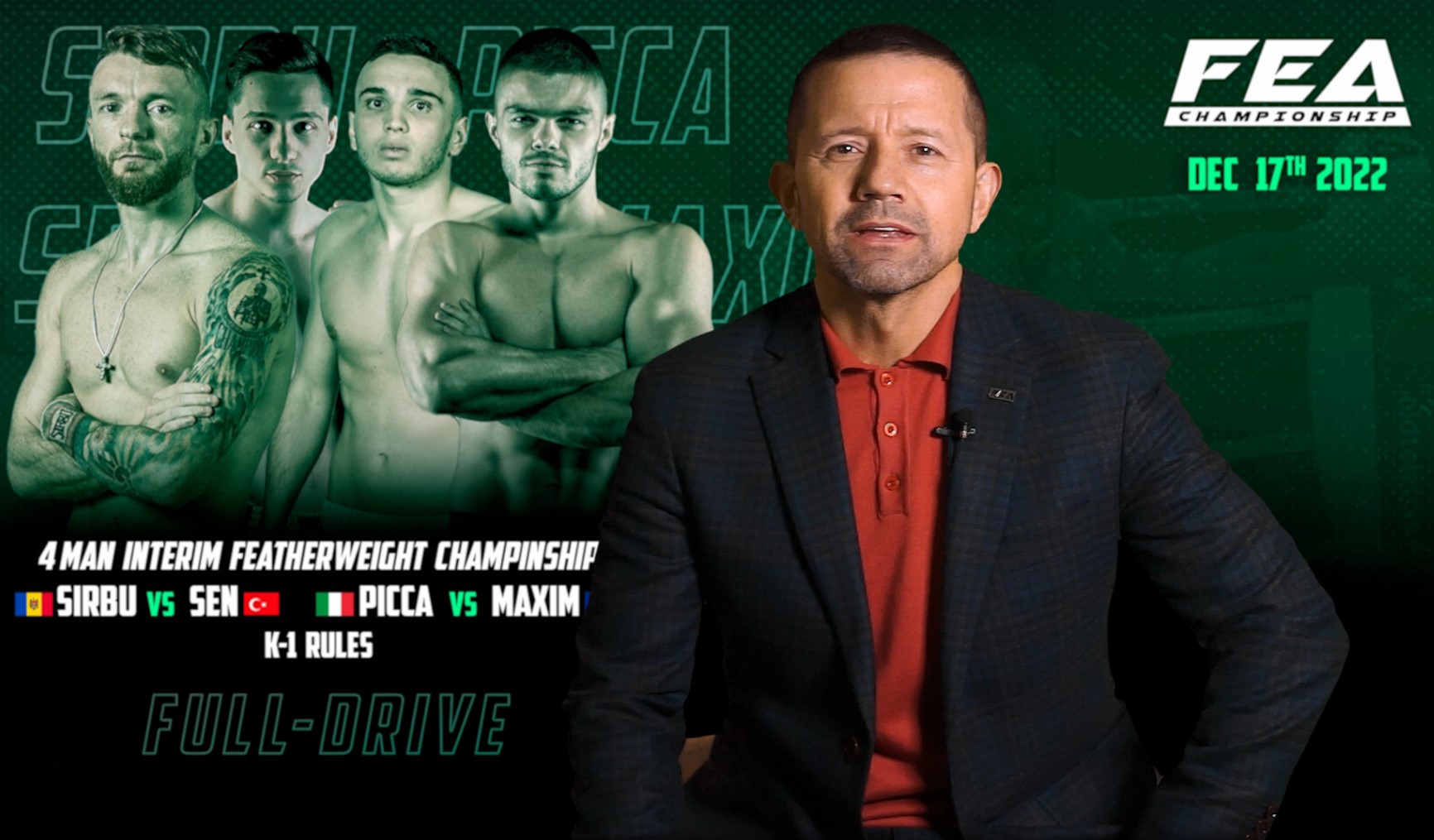 ” The co-main event of December 17th’s event is the Final 4 in the 65 kg category. For this pyramid we’ve selected 4 of the best fighters, such as Dmitrii Sirbu, the well-known Moldovan, Francesco Picca, an Italian fighter already familiar to the Moldovan audience, who previously fought within the project, Adrian Maxim, a great and famed Romanian fighter and the Turkish fighter, Soner Sen. This Final 4 will determine the first contender for the Title fight against Stanislav Renita. We’ve decided to make this pyramid even more exciting and we’ve put the Interim Featherweight belt at stake for the first time ever”