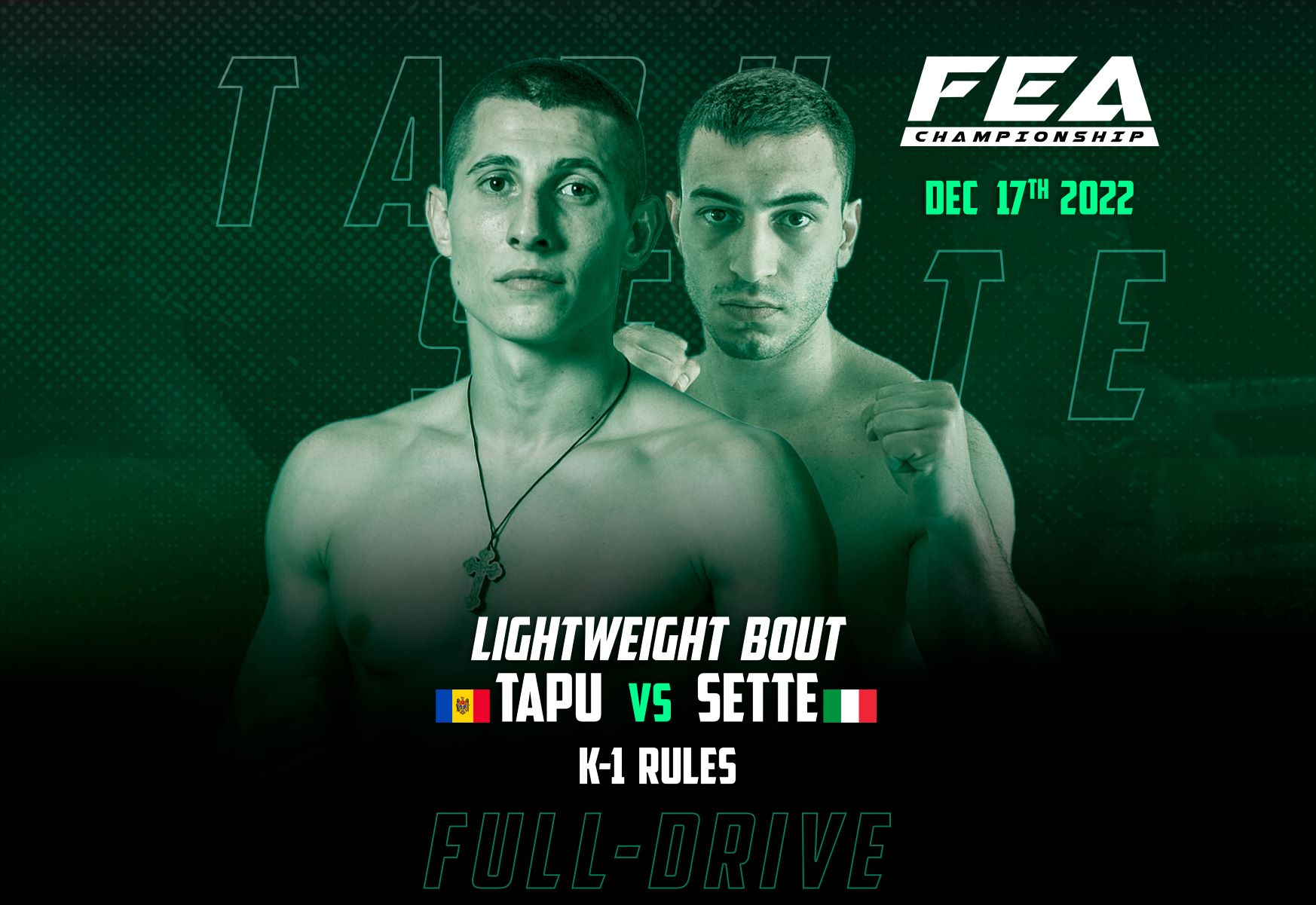 Denis Tapu represents Morari Fight Club and Maximus. His record consists of 9 wins and 2 losses. Denis is the owner of several belts and titles. In his last fight, September the 17th, he knocked out Vitalie Panainte ahead of time. Tapu works excellently with both his arms and legs, thus his fight might become a real highlight of the fight night.

Francesco Sette conducts his training at the famous Italian fight club, Team Invictus. He is the multiple-time winner of K-1 and Muaythai championships. Quite an experienced and tough fighter. Sette has a mainly Muaythai background.

Both fighters have equal chances to win. Who will be the winner however? We’ll find out on December the 17th, 2022. Do not miss it! Ciorescu Futsal Arena, start 17-00. Tickets – afisha.md. Live – only at feafights.tv!