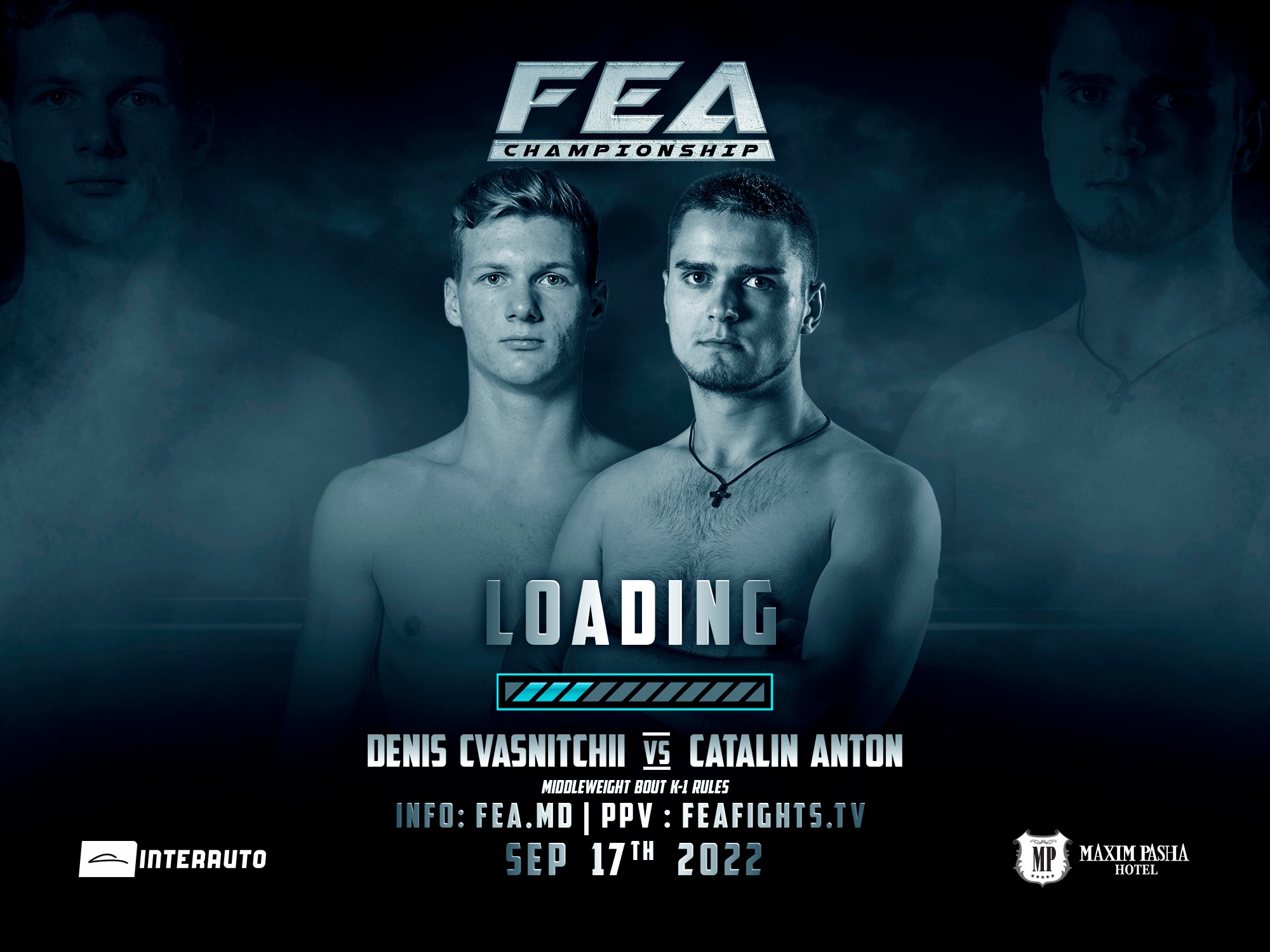 In the first part of the FEA Championship LOADING tournament, the K-1 Rules undercard, Denis Cvasnitchii will confront Catalin Anton in a up to 88 kg bout.

The fighters are followers of different fighting schools from the capital. But the fight is notable for the fact that these two athletes have already crossed paths in amateur tournaments. Therefore, there is intrigue to it and the fight will be very interesting.

Don’t miss the LIVESTREAM at feafights.tv!