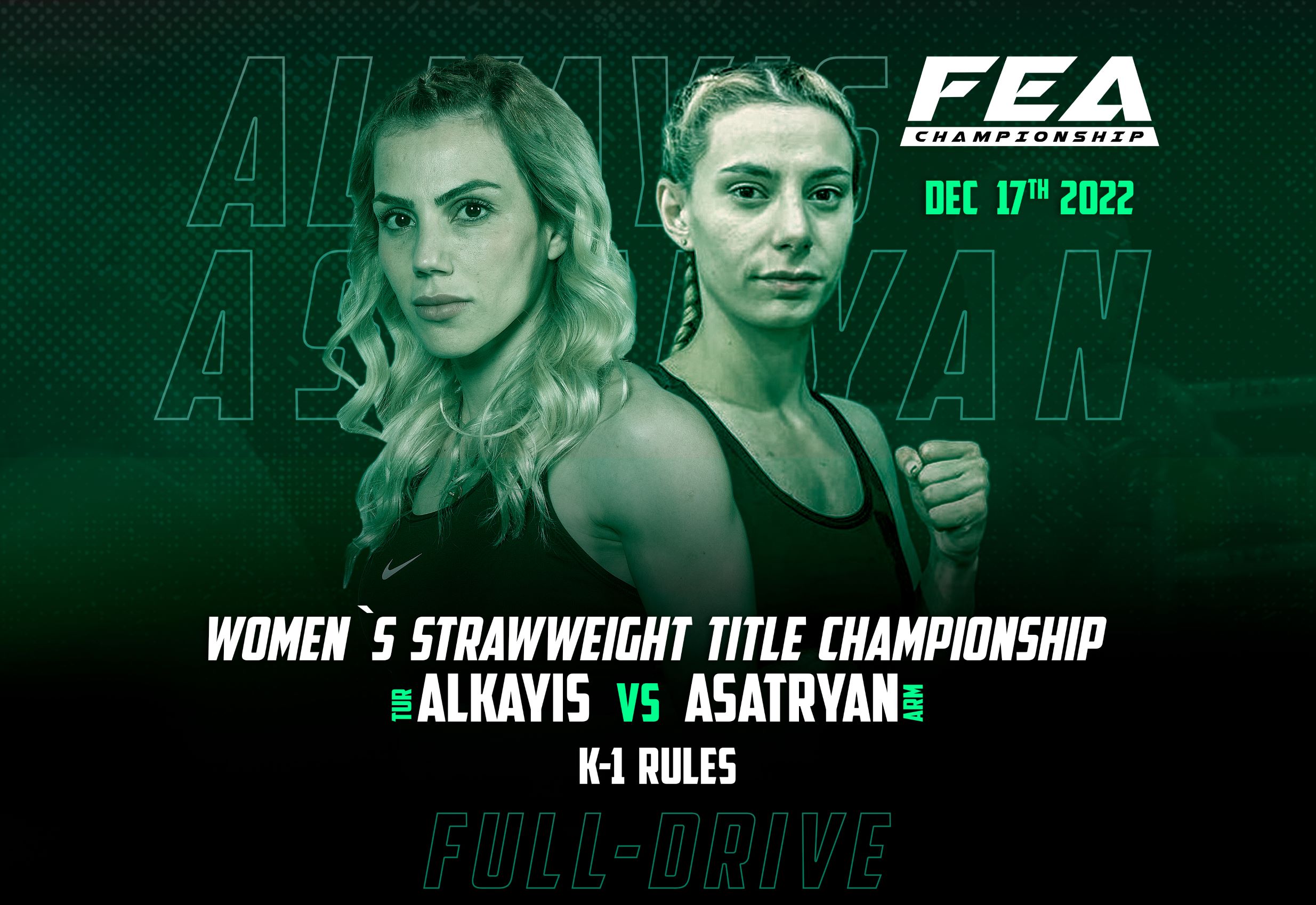 December the 17th, FEA CHAMPIONSHIP FULL-DRIVE, K-1 rules TITLE fight in the STRAWWEIGHT women’s division between the representatives of Turkey and Armenia!

Funda Alkayis is already familiar to the FEA CHAMPIONSHIP fans, as she fought 3 times within the project. She possesses the character of a real fighter and she’s not used to easy fights. Her background consists of ample experience of performing in world promotions and championships. As a pro, she won 35 times, being defeated only 6 times. She is the 27-time Turkish champion, WBC World and European champion, owns WAKO and IFMA championship titles. To be noted that her coach is her husband, former K-1 fighter, Ali Alkayis.

Funda’s opponent is Armenia’s Hasmik Asatryan. She is young and ambitious, Asatryan’s nickname is “MILLION”. She is also the multiple-time champion of Armenia. As a pro, she has 10 wins and 1 defeat on her record. She also spent 42 amateur fights, winning 30, losing 4 and ending 8 fights in a draw.

This title fight will be a true highlight the evening, the battle between youth and experience, after all, there is a 14 years age gap. Funda is abundantly experienced, Hasmik is young and ambitious!