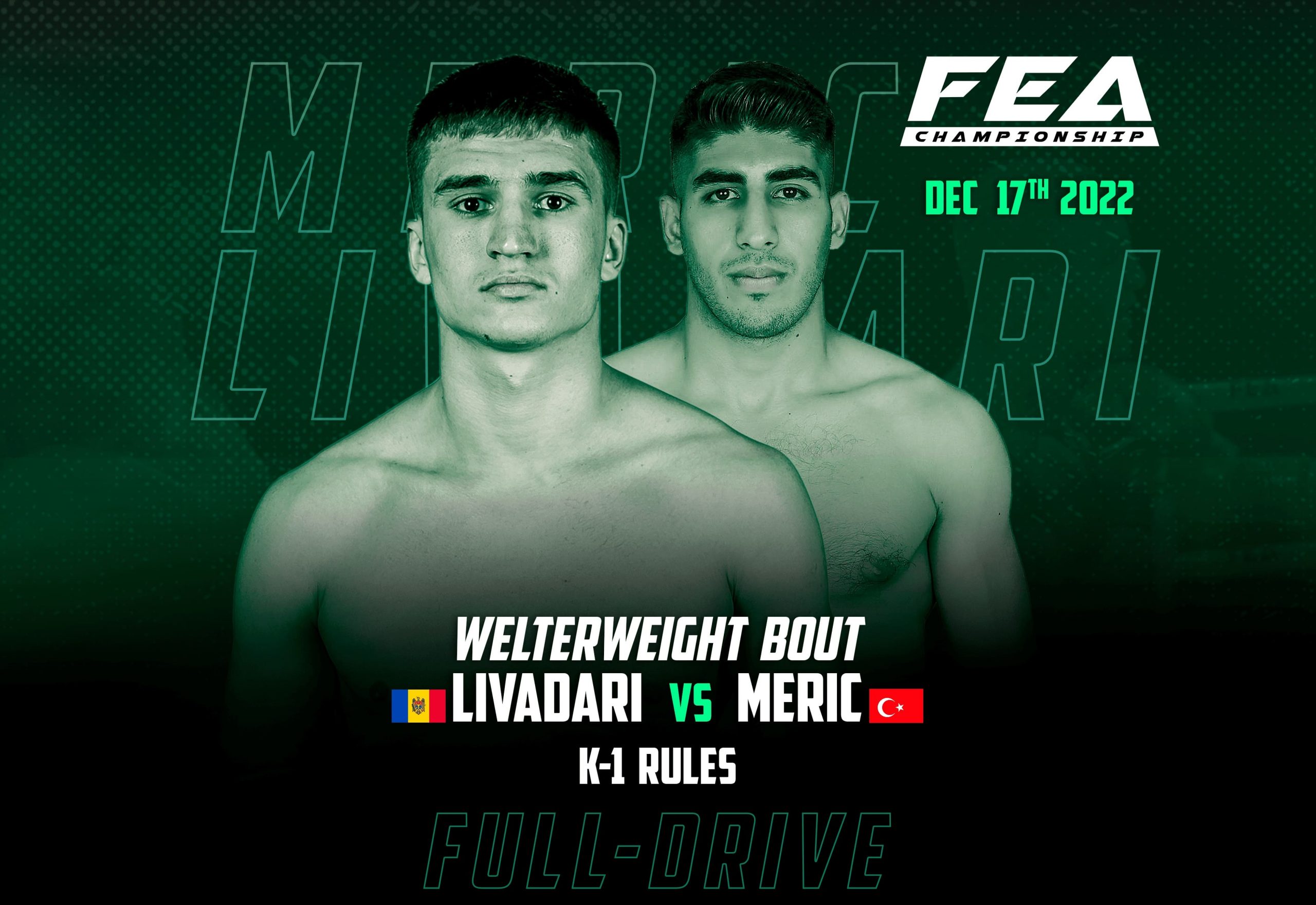 Artiom Livadari is a young and extremely promising fighter. He is a member of BERCUT FIGHT CLUB, where he is coached by Andrei Grosu and Vlad Dima.  Artiom boasts a great pro background, consisting of 6 wins without losses. He is 21 years old, height-190cm, weight 77-80kg. He is also the winner of world Muaythai and K-1 championships.

Livadari is in great shape, and in his last bout he scored an early victory by technical knockout over Turkish representative, Fatih Erman. In his upcoming bout, he will face another Turkish fighter, Mehmet Ali Meric, who holds a record of 10 wins and 5 losses, he is 21 years old, weight- 77 kg, height- 180cm. He also owns the European Championship title, as well, he obtained the Turkish Championship title multiple times.