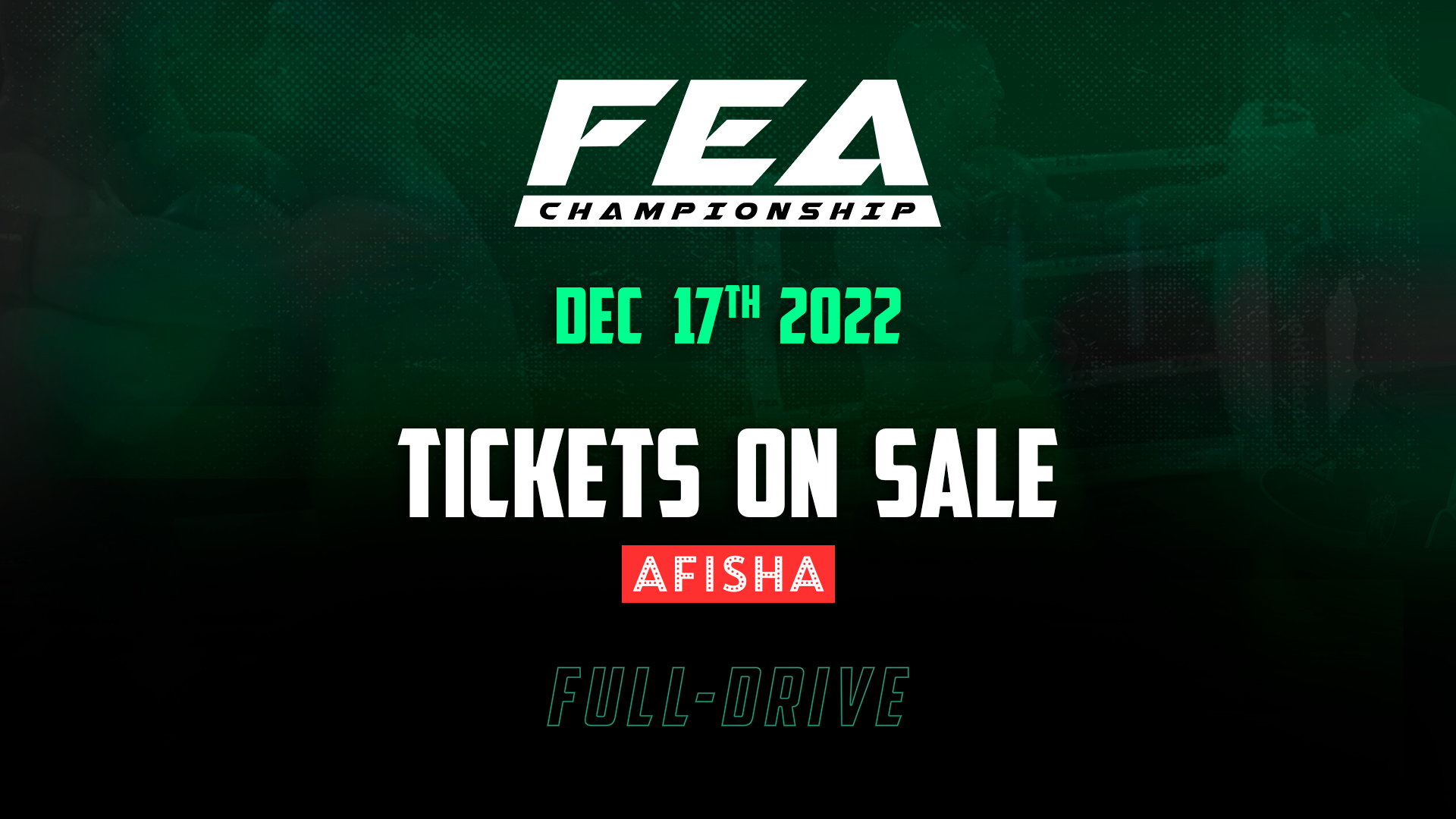 Dear fans and supporters, the first tickets for the FEA CHAMPIONSHIP FULL DRIVE tournament are already available. Tickets can be purchased at afisha.md and they’re only 390 MDL.

Hurry up and get the best seats at the best price for the most long-awaited tournament of the year, FEA CHAMPIONSHIP FULL DRIVE!!! December the 17th, CIORESCU FUTSAL ARENA, start – 17:00!!!

On December the 17th, as the headliner of the FEA CHAMPIONSHIP FULL DRIVE tournament, we’ll have the title fight in the up to 95 kg category, in which Alexander Burduja will defend his belt against Mladen Kujundzic.

We will also see the championship fight in the women’s STRAWWEIGHT division as well as the Final 4 in the up to 65kg category!!! And many other super fights, where the best fighters of the world will demonstrate their mastery!!!

Don’t miss the chance to watch and support your favorite fighters!!!