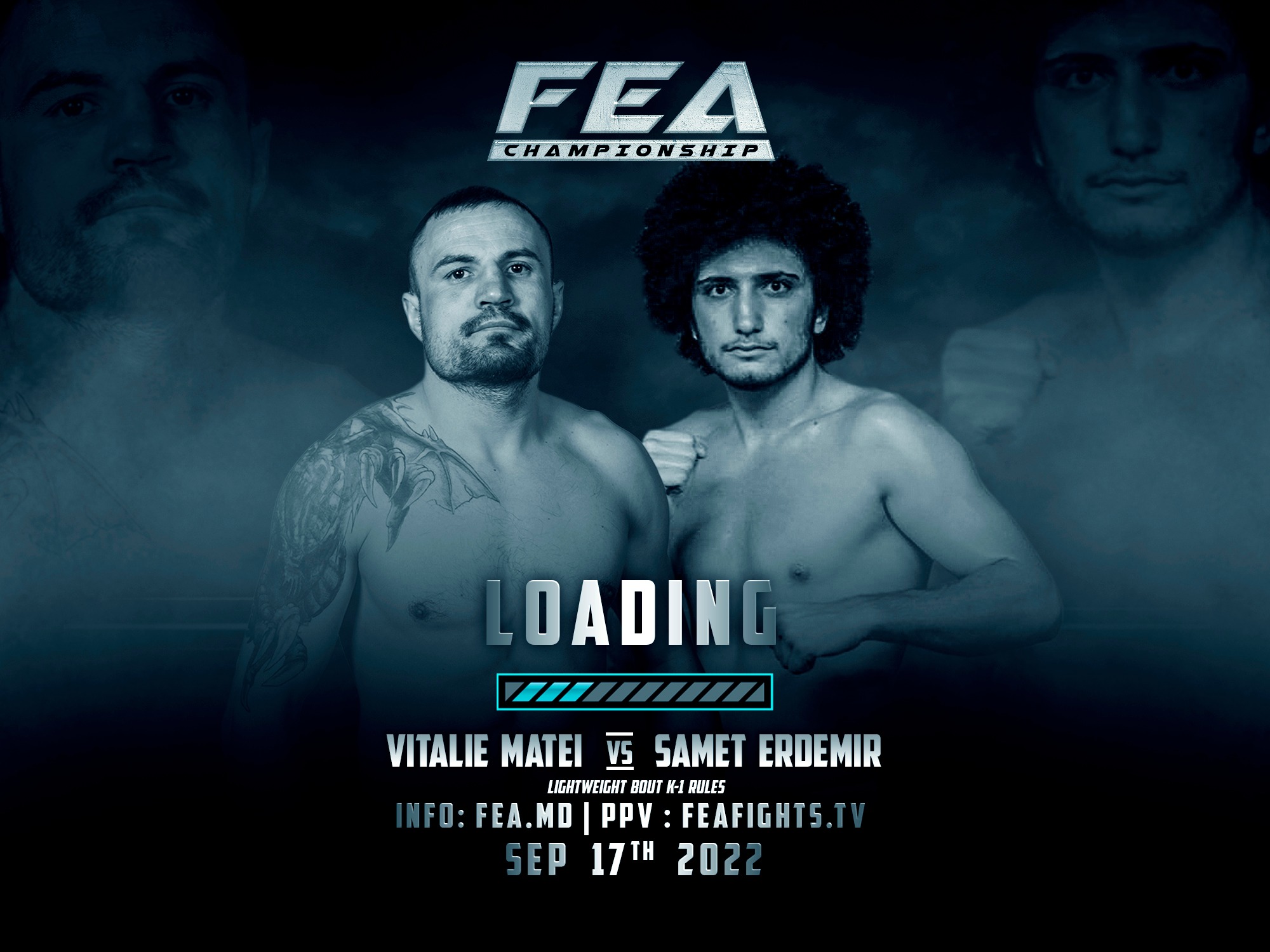 One of the main K-1 bouts of the evening will be the lightweight confrontation between our compatriot, Vitalie Matei, and Turkish representative, Samet Erdemir.

Vitalie is an extremely experienced fighter, he spent more than 30 bouts, and in his last FEA fights he won the Grand Prix pyramid of the 70kg, thereby becoming the first contender for the championship fight in said division.

Vitalie conducts his training at Thai Boxing Club, under the guidance of Vladislav Belinschi. Matei is a fighter made of steel and a pupil of the old school fighting style. One could say he’s a K-1 veteran of the Republic of Moldova. He is 37 years old, he won 23 fights and lost 13. Height- 176cm, weight- 71kg.

Matei’s opponent, Turkish representative, Samet Erdemir, is a young fighter, he’s only 20 years old, but has already managed to become a two-time national champion and the Muaythai European Champion. He also fought professionally 8 times, and lost only one match. Thus, he’s less experienced, but he has the young enthusiasm and perseverance going for him. Samet’s height reaches 180 cm, weighing- 71 kg.

Experience versus young fervor, fairly sums up this upcoming confrontation! After all, we’re talking about a 17 years age difference.

Don’t miss the livestream on September 17th!  Only at www.feafights.tv